Make An Enquiry
St John’s: ‘A Queensland
Masterpiece’
St John’s Cathedral is the mother church of the Diocese of Brisbane, which was created in 1859. It was the vision of Bishop William Webber, the third Bishop of Brisbane, to build an Anglican Cathedral here and for this purpose he engaged as architect John Loughborough Pearson (1817—1897). Pearson had already designed Truro Cathedral in Cornwall.

St John’s Cathedral emerges as a mixture of French and English Victorian Gothic Revival styles – and, interestingly, evokes many features of Barcelona Cathedral. All internal walls and ceilings are built of sandstone from Helidon, west of Brisbane. Sandstone from Pyrmont on the shores of Sydney Harbour was used externally for part of the first stage of construction only. The distinctive pink and lavender toned stone used for the external walls is known as ‘Brisbane Tuff’.

Today the Cathedral houses the Cathedra, the Archbishop’s official seat, and also serves many other functions. It is a Parish Church for the local congregation, a gallery space, a venue for musical performance, an historic building and a space for quiet reflection within a busy capital city. 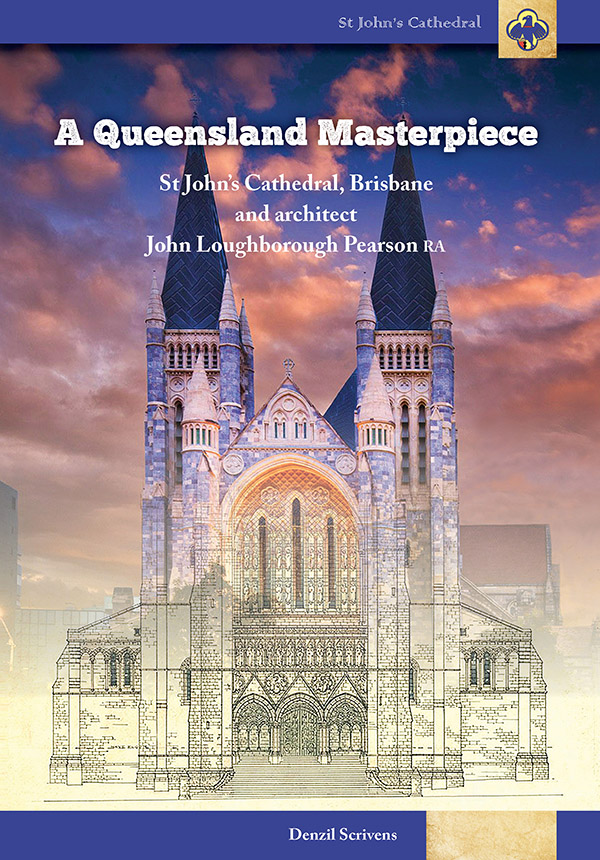 Click the picture below to take a virtual tour of the Cathedral. The tour was created for us by Daniel Rayner from Virtual Inspections 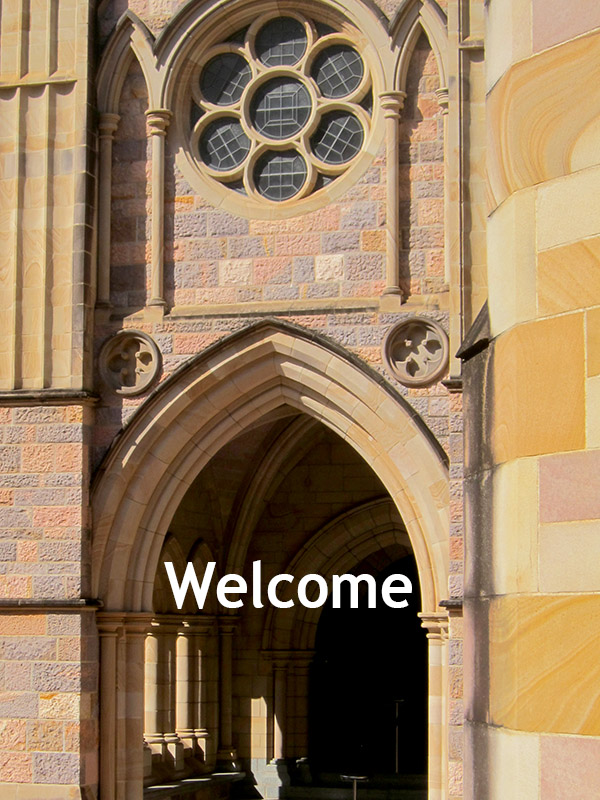 If the online Virtual Reality tour has whetted your interest to visit our magnificent structure (‘in the stone’
as it were!), please email

Meet our core team
at the Cathedral 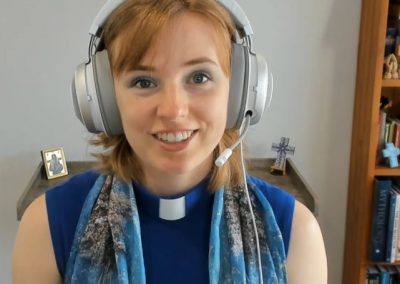 From Biscuits to Bishops The Cathedral’s permanent and evolving exhibition celebrating the ministry of women in the Diocese of Brisbane.

The bells at
St John’s Cathedral

St John’s Cathedral is home to 12 bells, housed in the central tower for traditional English style change ringing. The bells are rung for service every Sunday and on special occasions by a voluntary group of ringers. St John’s is only one of two towers in Brisbane to have bells arrayed for change ringing, and only one of three in Queensland.

The bells have a long and interesting history, having first been purchased by public subscription back in 1876. Originally hung for chiming at the Pro-Cathedral in George Street, they were moved to the present Cathedral site in 1910 where they were hung in a temporary wooden tower and chimed for service. It was only in 1988 that the bells were finally hung in the Cathdral proper for full-circle ringing, being dedicated on 13th March 1988.

The bells have been named after the eleven Deans and one Administrator who have been charged with the responsibility for the Cathedral since 1925 when the role of Dean of Brisbane was separated from that of the Bishop of the Diocese. 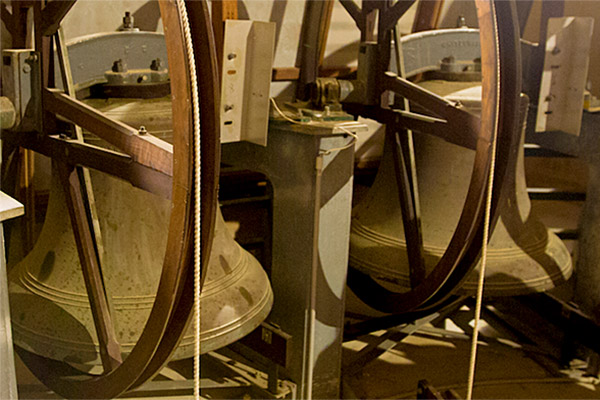 Can I become a Bellringer?

Bellringers come in all sizes and ages. Some started at the age of 12, others are still ringing at the age of 90. Bellringing is a community experience, and St John’s Bellringers welcomes anyone interested in learning to come along to Monday night practice. Learning Change Ringing is challenging, and can take many years to master. However, it is a very rewarding pastime, and is integral to the life of the Cathedral community. If you are interested in learning to be a bell ringer, or if you would just to see what we do, please get in contact.​

Aspects of the Building

A number of the Cathedral Guides are collaborating on a project that highlights some of the features of the Cathedral building. Each short video gives an up close look at one aspect of the building and provides some information intended to deepen our appreciation of our unique masterpiece.

Inspired by Westminster Abbey which has placed 20th century martyrs in place of the traditional arrangement of statues, The Chapter of St John’s Cathedral resolved to likewise depart from the traditional arrangement of characters in the West End niches of the Cathedral. Instead of the 13 individual characters the niches will house representations of 24 biblical characters who played significant roles in the story of Jesus.

The arrangement has been designed to reflect the importance of some of the relationships the bible records: Mary, Martha and Lazarus of Bethany are housed together, as are James and John, the sons of thunder; and Peter and Paul as the twin leaders of the evangelisation. Standing alone are the Christ at the centre, John the Baptiser as the forerunner and Mary Magdalene as the apostle to the apostles.

This project sees St John’s home to a unique collection of statues. It will confirm St John’s place as a significant place of pilgrimage and of interest to tourists.

On Friday 12th April 2019, four years after the first group of statues was placed, the final trio was lifted into position on the West End frontage.

Visitors can obtain a free b/w fold-out DL brochure which identifies the 13 statues, or the PDF (A4, 2pp, 3.4MB) file may be downloaded here 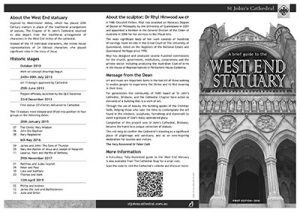 A lavishly-illustrated full-colour booklet, available for $5 from the Cathedral Shop, fully catalogues the designs and details of the statuary, including an interview with their sculptor, Dr Rhyl Hinwood AM CF, in which she discusses the conceptual and carving processes undertaken. Rhyl has designed and produced over 500 commissions including the Australian Coat of Arms in the House of Representatives in Parliament House Canberra. Most recently, Rhyl has completed two caricatures for the Benefactors Gallery – Ken Addison and Ailsa Nicholl.