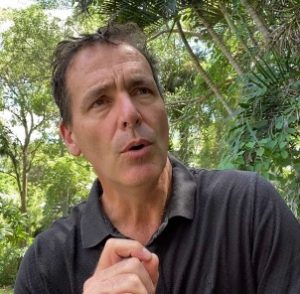 The Rev’d Richard Browning
Inspirupting” and the common good:
young people and social action the Gospel
ministry in a changed and changing world.
Wednesday, 9.30am 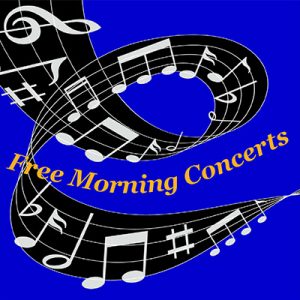 WELCOME TO ST JOHN’S ANGLICAN CATHEDRAL, BRISBANE
St John’s Cathedral is home to a community which seeks to bring the best of Anglican tradition into dialogue with the issues and needs of our day.

We strive for open-minded conversation, seek to practice inclusion, and reflect on how we might see our beliefs put into action. We want this to be a place where people are encouraged to seek God and progress their own spiritual journeys.

The Cathedral itself, a renowned Brisbane landmark, serves as a magnet, where diverse people gather to worship, celebrate, seek solace, converse and learn.

Covid-19 Update:
The Cathedral is open for:

Eucharist, 7am
Tuesday and Friday

Prayer During the Day, 12.30pm
Monday and Thursday.

Cathedral Shop Open
Sundays (following the 7.30am and 9.30am services), Monday to Friday 11am  to 2pm

STREAMING OF SERVICES and SERVICE NOTES 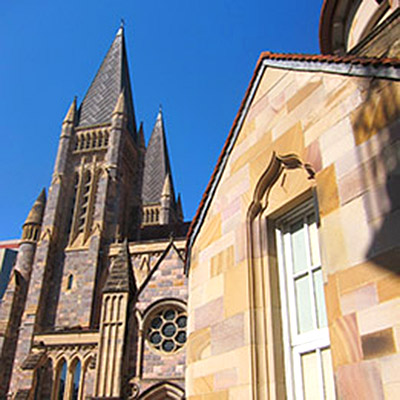 SERVICE NOTES
Here you will find quick links to two weeks of Service Notes for each of our four Sunday services.

These will be updated each Thursday –
“THIS WEEK” covers the coming Sunday;
“LAST WEEK” the preceding Sunday.

Click the title bar or ‘+’ button to toggle open your chosen week and select the service time. 7.30am Holy Eucharist – Sundays
Click here for Live Stream on The Cathedral YouTube Channel
The stream will appear on our channel at approximately 7.15am Sunday
Click here for Service Notes

9.30am Choral Eucharist – Sundays
Click here for Live Stream on The Cathedral YouTube Channel
The stream will appear on our channel at approximately 9.15am Sunday
Click here for Service Notes Live Stream Sundays at 6pm
The stream will appear on our channel at approximately 5.45pm Sunday Morning Prayer
Monday to Friday
8.30am

To access an electronic copy of the Prayer Book, please email: cathedral@stjohnscathedral.com.au

The Wedding of Zach and Laura, July 2

Welcome to St John’s Cathedral. The news items below highlight topics of general interest.
For details of special events and concerts at the Cathedral please see the WHAT’S ON page.
You may find information about our regular worship times on the SERVICES page. OUR PLACE IN HISTORY:
THE CATHEDRAL and DEANERY HERITAGE APPEALS
The National Trust of Australia (Queensland) has listed The Cathedral and The Deanery (Adelaide House) because of their significance to the heritage of Queensland and Australia more broadly. Adelaide House was the first Government House when Queensland was created on 10th December 1859. The balcony on which Sir George Bowen read the proclamation that day has been the subject of a great deal of work to restore it to a stable and safe condition. The cathedral is the only stone-vaulted church in the Southern hemisphere and is highly regarded as a sublime example of neo-gothic architecture. Donations to the Cathedral fund are used to enhance and presence the fabric of the magnificent building.

Donations to the National Trust of Australia (Queensland) for these appeals are allowable as deductions for tax purposes.

Find out more on our DEANERY APPEAL page. There may be no simple answers in life, but what if there were a map?

Dr Alexander John Shaia returns to the podcast to share the pattern he sees at the heart of the sacred texts of the four Gospels; a way that can guide us on a journey of growth, transformation and love. Alexander describes through this conversation how each Gospel is written in response to one of life’s four great questions. It was as an anthropologist that he first discovered the universal ways that humans tell their story, but it was in the Gospels that Alexander found a living guide to wisdom, courage, joy and service that enables us to see our lives as part of the pattern centred in a mystical relationship with the cosmic Christ. Our Cathedral has adopted the simple, convenient online payment channel of Tithe.ly — designed by and for churches — and currently used by more than 12,000 churches and ministries in over 50 countries.

Scan or click on the QR code above, to visit our GIVE page on this website: you may make an offering to our Cathedral and its work – either as a one-off or recurring gift –
using a credit card by clicking on the
green GIVE NOW button or the
GENERAL DONATIONS image block, which will open a simple, pop-up Tithe.ly form without you having to leave this site. The Society for Indigenous Languages (SIL) is an international, faith-based, non-profit organisation that focuses on unwritten languages spoken primarily by people who live in geographic, social, and economic isolation.

When non-speakers study these remote languages, their new understanding contributes to the broader knowledge of linguistics, and anthropology. More importantly, this new shared knowledge makes possible greater communication with local indigenous people, and brings practical help to those for whom these languages are their only means of communication.

As a leader in research of the world’s endangered languages, SIL aims to prevent the extinction of language and culture.  Their research is published and widely distributed to libraries, universities, governments, and international agencies.

SIL’s local organisation, The Australian Society for Indigenous Languages – AuSIL, is committed to serving indigenous language communities in Australia, the Pacific and the Timor region through linguistic research and documentation, translation, training, and the development of language resources.

AuSIL partners with government and non-government organisations to provide a network of expertise and resources that serve such ethnolinguistic communities. By networking with academic institutions, local organisations, remote communities, religious institutions and faith-based organisations, they are able to train people and build the capacity of local communities to develop (and sustain the use of) their own languages.

Located among the Indonesian islands near Australia, Timor-Leste (Democratic Republic of East Timor) is one of the world’s newest countries. This small, half-island nation is home to a young and culturally diverse population of just over 1 million. Although geographically small, Timor Leste is linguistically diverse, with nineteen different languages recognised across the country. In recent history, both Portuguese and Bahasa Indonesia have been used as the languages of instruction in their country’s schools, but their National Commission believes that a mother tongue-based multilingual education model could be effective for students in Timor-Leste. In such a system, children would first learn to read and write in the language they best understand. As they build on this foundation, they also begin to study other languages that may be used for instruction in later years of school.

SIL (and AuSIL) acknowledge the value of multilingual education. Multiple studies worldwide demonstrate that learning is most effective when instruction is received in the language the learner knows best. Multilingual education creates a two-way bridge over the cultural and linguistic barriers that can hinder minority language speakers from participation and successful learning within the official school system. In order to assist with overcoming this barrier, AuSIL’s consultants support community educators and national program designers as they develop resources and build their capacity to create effective multilingual education programs.

Mambai, also known as Mambae, and Manbae (but not to be confused with the Mambai language of Cameroon) is the language spoken by the second largest ethnic group in Timor Leste, the Mambai people. Given the expectation that mother tongue-based education may become more widely used, numerous projects are translating school and community resources into Mambai. In one such project, consultant and logistic help provided by the AuSIL local office in Clayfield is supporting mother-tongue translator Julieta Costa who devotes her time to the translation of Christian Scriptures into her own language, Mambai. Julieta recognises the specific need for Christian resources in a context where priorities are otherwise given to material for education. Although Indonesia is primarily Muslim, the people of Timor Leste are almost all Christian.

AuSIL relies on donations for work in minority languages. Can we give $1,000 towards Julieta’s translation of Christian Scriptures into Mambai?